The bimetallic thermometers are made up of bimetallic strips formed by joining two different metals having different thermal expansion coefficients. Basically, bimetallic strip is a mechanical element which can sense temperature and transform it into a mechanical
8 Jul 17 Author Technical Editor CategoryElectronics Articles No Comment Read More 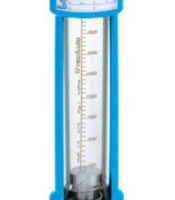 There are some advantages of rotameter which are given below. The cost of rotameter is low. It provides linear scale. It has good accuracy for low and medium flow rates. The pressure loss is nearly constant and
8 Jul 17 Author Technical Editor CategoryElectronics Articles No Comment Read More

Hygrometer is an instrument used for measuring the value of humidity. It is also known as psychrometer. Generally, the output of hygrometer is used to indicate relative humidity. Several material exhibit changes in electrical properties that are
8 Jul 17 Author Technical Editor CategoryElectronics Articles No Comment Read More