Forward bias of PN junction diode The diode is forward biased. The positive terminal of the battery is connected to the anode of a diode and negative terminal to the cathode. When battery is not connected, there
20 Mar 17 Author Technical Editor CategoryElectronics Articles No Comment Read More

The PN junction diode has the following important applications are given below, PN junction diode is used as a voltage doubler, tripler, quadrupler in voltage multiplier circuits. It is used as a rectifier in DC power supply.
20 Mar 17 Author Technical Editor CategoryElectronics Articles No Comment Read More

What is a Photodiode? The photodiode is a two terminal PN junction device which is operated in reverse bias. It has a small transparent window which allows light to strike the PN junction. The photodiode is a
15 Mar 17 Author Technical Editor CategoryElectronics Articles No Comment Read More 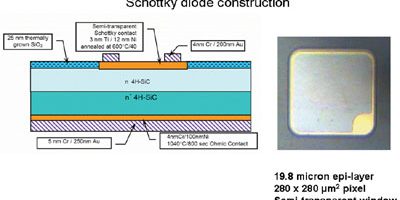 The Schottky diode is a two terminal device which is used in various applications such as mixer, ac to dc converter. The Schottky barrier diode is also known as “ hot carrier diode” or “surface barrier diode”.
7 Mar 17 Author Technical Editor CategoryElectronics Articles No Comment Read More