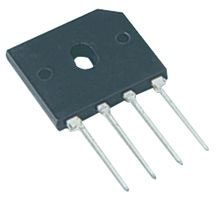 Advantages: Transformer utilization factor, in case of a bridge rectifier, is higher than that of a centre-tap rectifier. It can be used in application allowing floating output terminals, i.e. no output terminal is grounded. The need for
23 Aug 17 Author Technical Editor CategoryElectronics Articles No Comment Read More

There are some advantages of polyphase rectifiers which are given below, It has a  large amount of power, usually greater than 2 kW. Its efficiency is greater than as compared to single phase rectifier. The ripple factor
18 May 17 Author Technical Editor CategoryElectronics Articles No Comment Read More