In the present era of civilization, thinking to live without electricity has almost become un-imaginable for most of the population all over the world as we make use of electricity in most of our daily living applications. We all benefit from electricity, but many of us actually do not understand from where and how this (electricity) is reaching to us. Unless and until we are able to generate enough electricity using renewable and alternate sources of electricity generation, we have to mostly depend on the electricity we are getting from its central generation facilities based on conventional sources of energy. Electricity being generated at the generation facilities (power plants) is being supplied to each and every user through transmission lines and making use of transformers. Transformers are generally of two types: 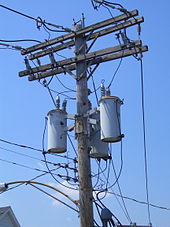